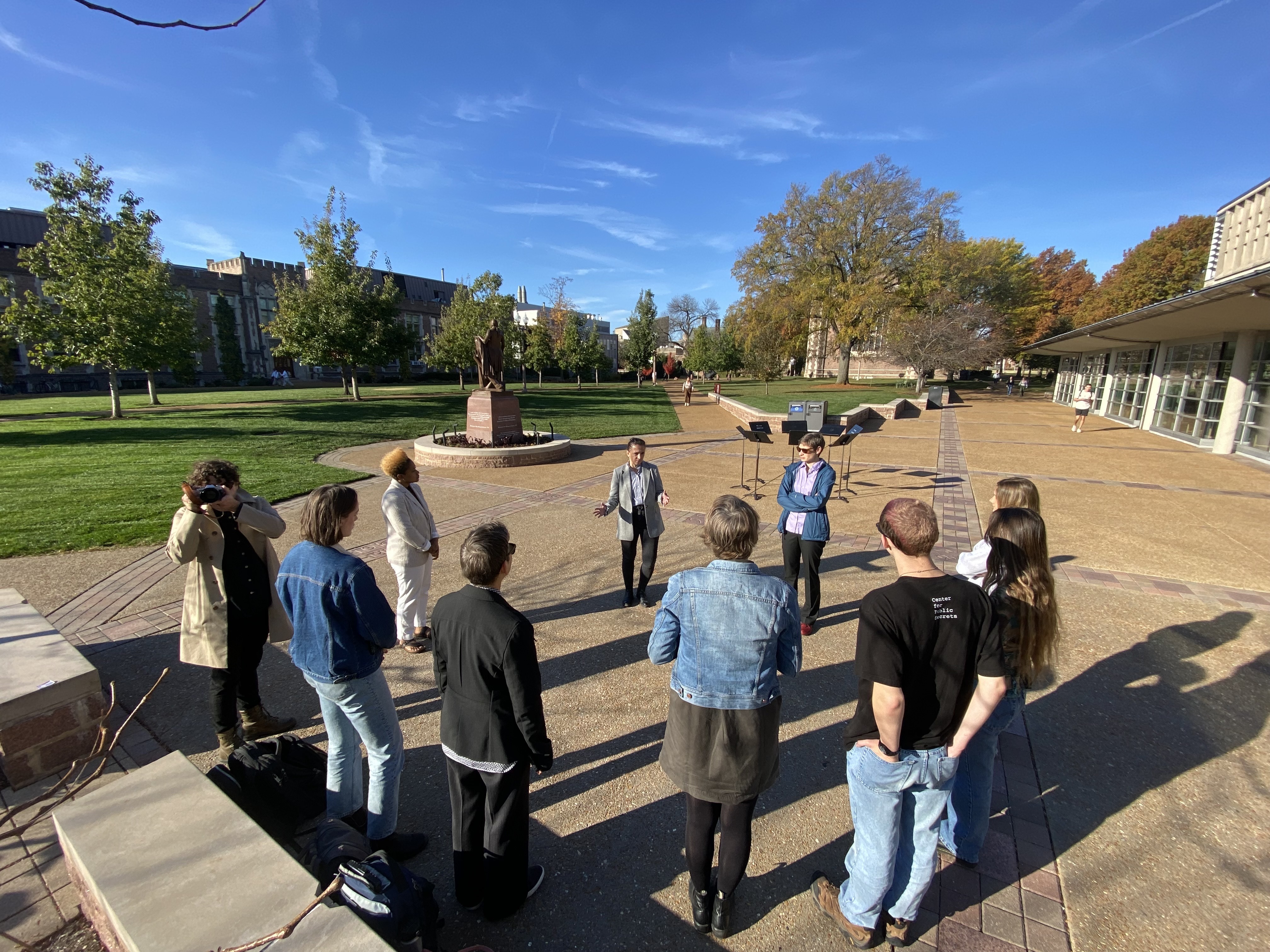 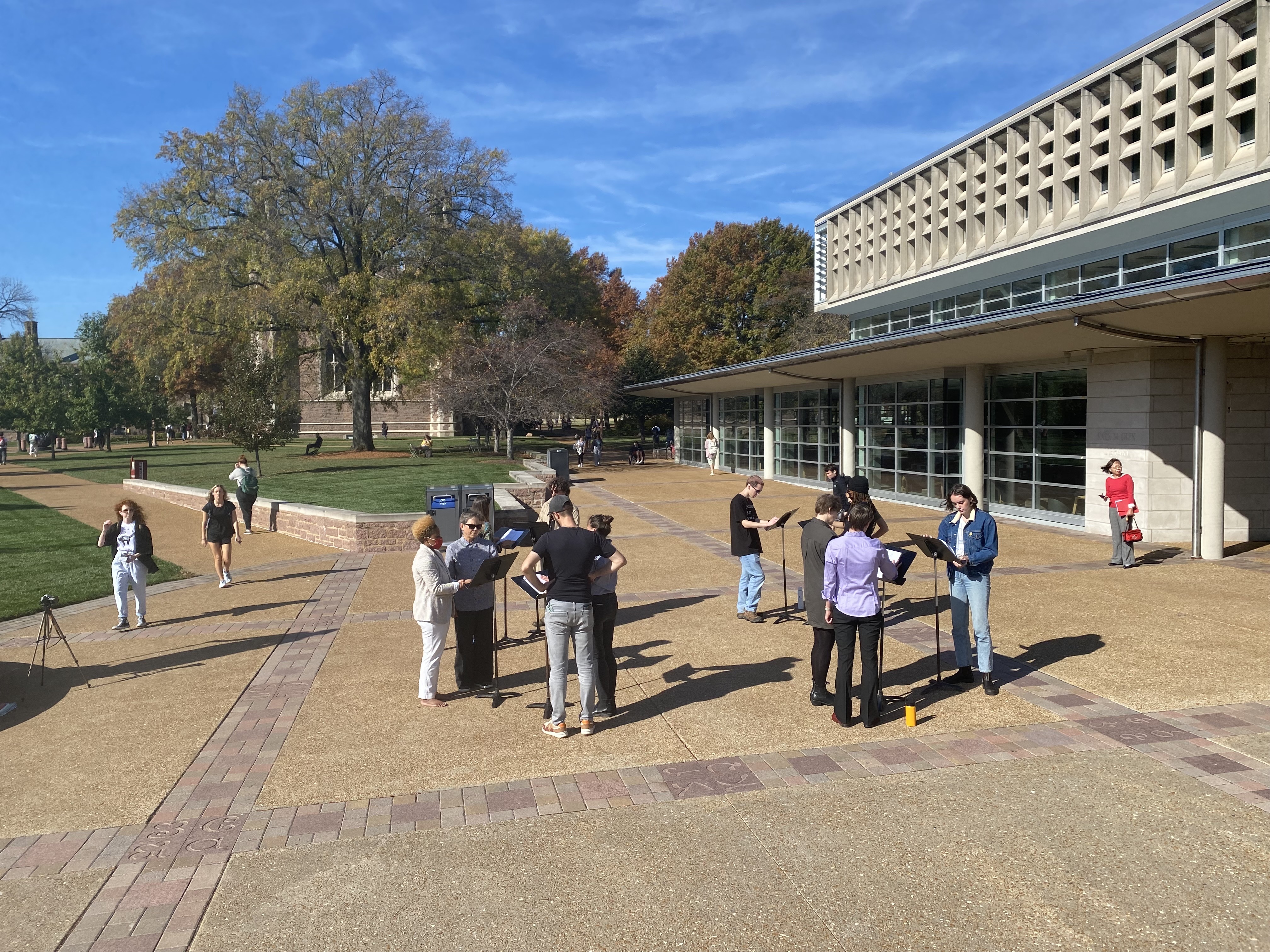 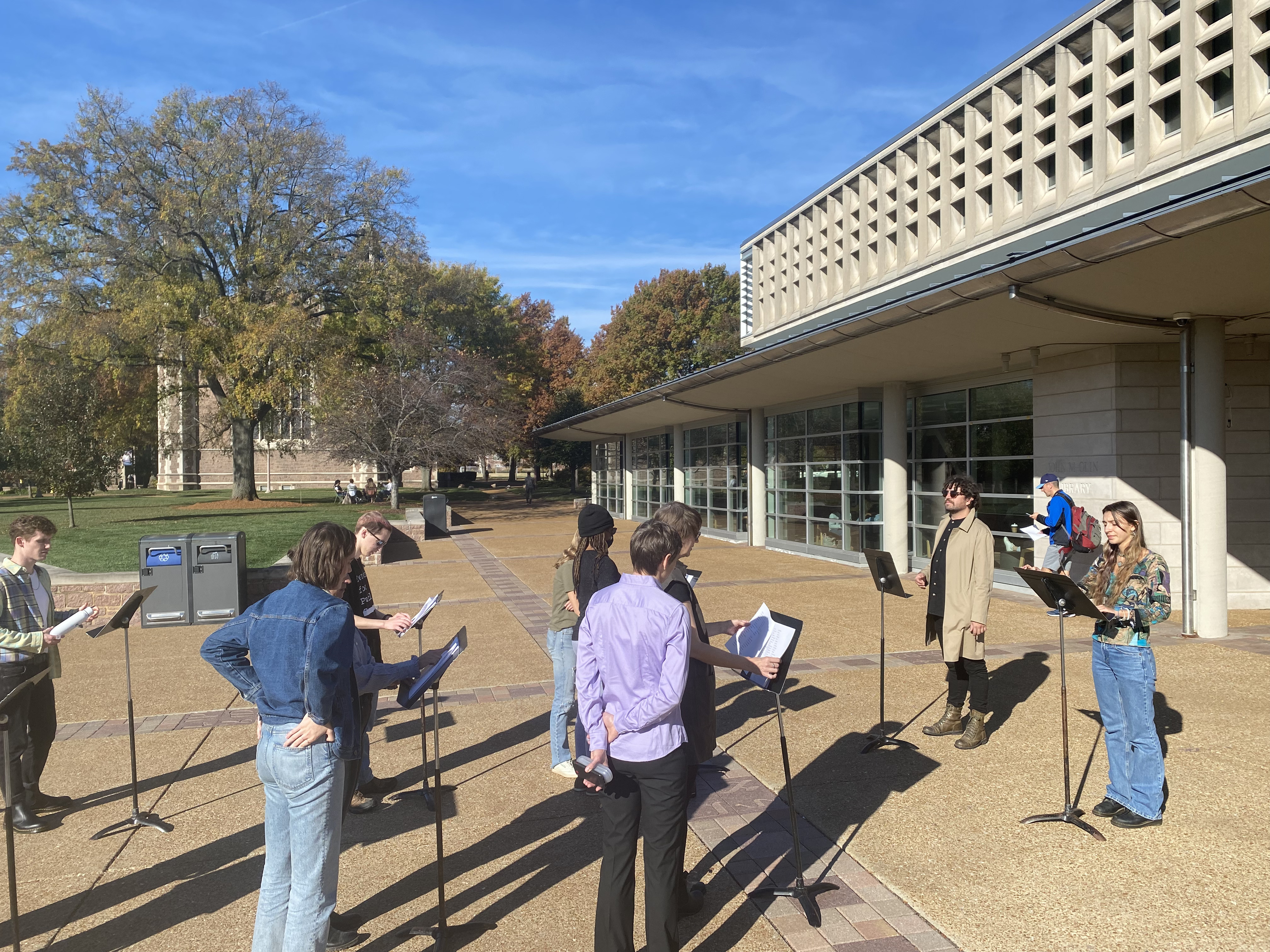 In Public Reading as Re-Memembering M4F organized and performed a collective gesture of remembrance, creating presence as antidote to absence and willful forgetting. Drawing inspiration from our artist in residence Aida Šehović, and the nomadic monument ŠTO TE NEMA, we collaborated in developing lists of people killed in acts of racialized, systematic violence, and remembered them through public reading. This collective, repetitive, rhythmic, reading intended to bring our public closer to something they/we ignore, overlook, and don’t want to see, hear, confront, or understand.

The Public Reading was held outside of our university library, our center of knowledge production, inviting the campus community into this act of empathy, solidarity and resistance. Readings remembered people who have been killed in the following contexts of systematic violence:

Names and places of lethal violence identified in the petition We Charge Genocide, submitted by the Civil Rights Congress (US) to the United Nations in 1951

Names and places of origin of detainees who have died in U.S. Immigration and Customs Enforcement (ICE) detention facilities, 2018-2021